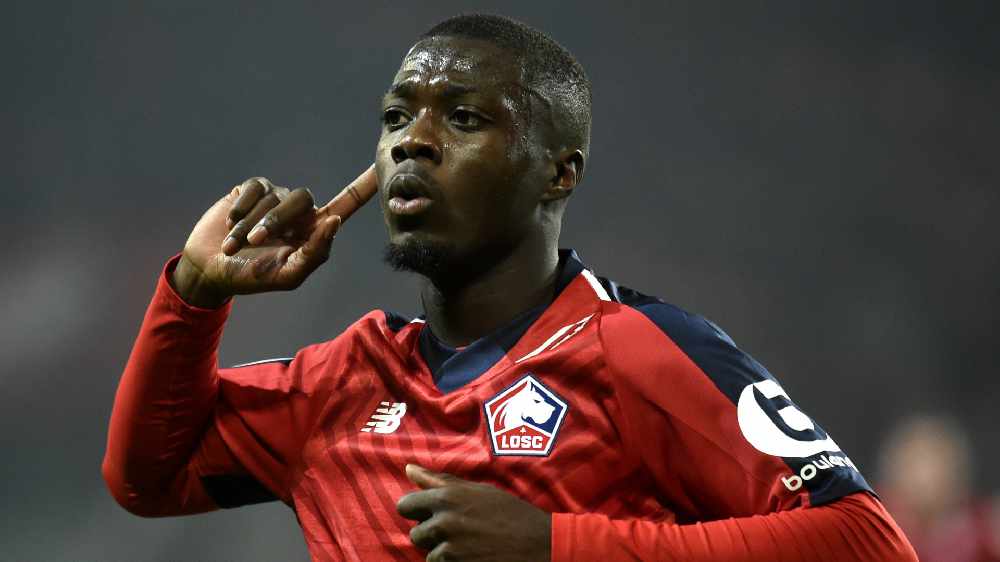 Could the Ivorian be the answer for Unai Emery

Arsenal are set to smash their transfer record with a £72m move for Lille's Ivorian forward Nicolas Pepe. The winger had been linked with a move to the Emirates for months, but Gunners fans will be relieved that amid interest from Liverpool, Barcelona and Bayern Munich, Unai Emery has finally managed to get his man.

Legendary Arsenal left back Nigel Winterburn told Love Sport Radio that the best thing about the potential signing is that it could herald in a new wave of young talent for the Gunners.

"I'm excited about what Arsenal have been trying to do, particularly in the last few days. We've talked considerably about where Arsenal are at the moment, we're well away from the top two. We'd been told there wasn't lots of money to spend, but looking at Pepe that could be completely wrong. I think what Arsenal needed to do is move this squad around a little bit. I've been saying that for the last couple of seasons, and I like that Arsenal are introducing a couple of the younger players into the squad, and the players they're bringing in are a bit younger as well", Winterburn told Johnny Burrow and Martin Allen on Posh Boys on Drive.

And the veteran defender had no doubts about the potential calibre of Arsenal's new man.

"It might take them a little bit longer to develop and come to the fore, and then eventually we might talk about one or two of them being world class. But I think Arsenal have got to start again, really, start to rebuild this squad and take it forward. I think they're doing it the right way with bringing the young players in".

And it's not just new additions from outside the club that Arsenal fans can get excited about. Despite the departure of the highly rated Xavier Amaechi to Hamburger SV, Winterburn highlighted a few homegrown talents with the ability to make the step up to first team level this season.

"I like Willock for sure, midfield player, I think he's very similar to Ramsey in that he makes a lot of forward runs, Reiss Nelson has been talked about for the last year and a half. I think he can break into the first team and it could be a huge season for him. Eddie Nketiah too, the young centre forward, has been getting some chances in pre-season".

Despite arguments around the state of Stan Kroenke's ownership, it could be an exciting time to be an Arsenal fan.