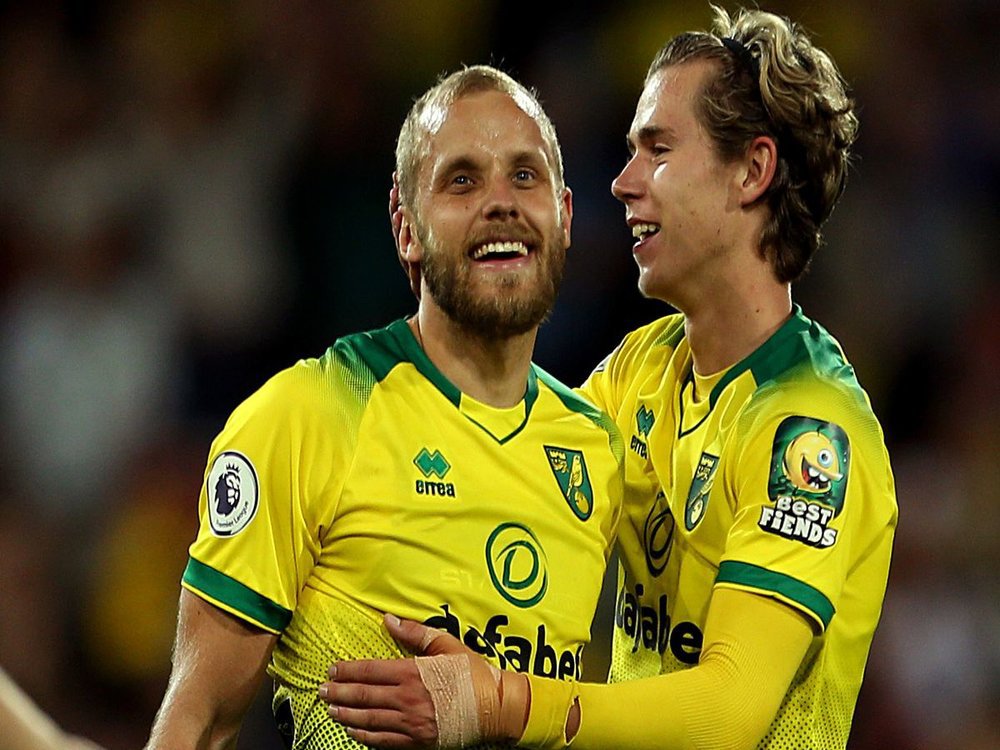 Rob Earnshaw is tipping the Canaries Duo for greatness

It hasn't been a perfect season for Norwich City. They had to wait a while for their return to the Premier League, but it's proving tougher than their supporters will have hoped. The Canaries are rooted to the bottom of the table, seven points away from safety.

But it hasn't been all doom and gloom in East Anglia. Their attacking players have been superb, and really given the Norwich faithful something to smile about.

Finnish supremo Teemu Pukki has smashed nine Premier League goals already this season, while young Englishman Todd Cantwell has chipped in with six goals of his own. Unsurprisingly, they are receiving admiring glances from some of England's biggest clubs.

Speaking to Iwan Thomas and Johnny Burrow on Posh Boys on Drive, 3-7 PM every Monday-Friday, former Norwich City striker Robert Earnshaw said that Pukki and Cantwell "deserve" big transfers away from the club.

"They [Pukki and Cantwell] could both play for bigger clubs than Norwich. People in the Premier League will look at those two admiringly, and they would deserve that chance".

"They need to keep those top players, and battle for points".

"But Norwich need to resist those advances. If they really want to build and develop as a football club, they have to keep hold of their best players and stay in the Premier League".

Norwich City will of course be looking to make some signings of their own - but only if they are the right men.

"They need one or two quality, really intelligent signings. They don't need to splash the cash - they need to make clever signings by getting the recruitment strategy right. You need to bring in the right mentality for a relegation battle, not big stars".