Nigel Winterburn: "Emery has to work his tactics out" 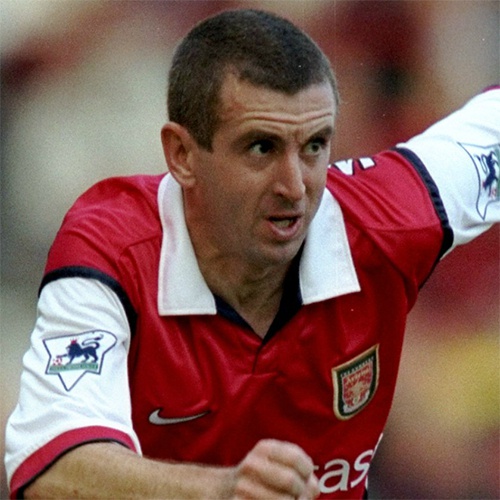 Does the Spaniard deserve more time at Arsenal?

It has not been a perfect start to the season for Arsenal. And despite going 2-0 up against Watford, a second half collapse saw the gunners draw 2-2, leaving them seventh in the table and seven points adrift of league leaders Liverpool.

Many Arsenal fans aren't happy with Unai Emery's leadership of the team, and speaking to Love Sport Radio, legendary Arsenal left back Nigel Winterburn said the Spaniard needs a clearer tactical vision for the side.

"I said last season that this would be the season to judge Unai Emery. Last season he had a lack of funds. He had a group of players that needed to be changed, and it wasn't really his team".

"Now we're seeing a lot more players that he's brought into the team. He's got to find a way for Arsenal to be competitive, particularly at home, because their away form is no where near good enough".

"He's got to find a formation and a system that isn't going to give so many chances away. I thought he was very very bold yesterday to play Ozil and Ceballos in the same team, and that's where Watford exposed them. It was too easy to play through Arsenal and get at their back four".

The strikers are holding up their end of the bargain, with last season's golden boot winner Aubameyang in fine form once again. But Winterburn was left in little doubt that the defence need to buck their ideas up.

"I'm not sure at this moment in time when I'm watching that there's too much communication between the defence and the midfield. They've got to stem the flow of attacks from the opposition, and they're giving away far too many opportunities far too easily".

"You can't have that if you're going to be a top four team. Emery needs to find a solution very quickly because you can't keep conceding two or three goals and hope to win games".