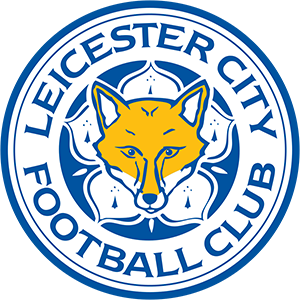 West Ham announced the return of former club captain Kevin Nolan in a coaching role to help David Moyes this morning in a bid take the Hammers out of the relegation zone.

The club confirmed Nolan, alongside Paul Nevin; who has worked closely with Gareth Southgate for the England squad, will start with immediate effect until the end of the season as it stands.

Hammers fans of course will be familiar with Kevin Nolan, who joined the club in 2011 after being reunited with boss Sam Allardyce, having worked with the manager previously at Bolton and Newcastle.

Very pleased to have Kevin Nolan back at the club.

His leadership skills are second to none, and he is exactly the type of person needed at the training ground every day to get everything out of the current squad.

Welcome back, and all the best, Kev! pic.twitter.com/sHVC1yzKUa

The midfielder ended up making 157 appearances in claret and blue during his four year stint in East London, notching 31 goals.

Nolan is a popular figure amongst West Ham fans, after he helped guide the club back into the Premier League in his first season with the club.

Really pleased to see Kevin Nolan going in at West Ham as first team coach. Big job on their hands keeping them up but he’ll definitely bring a lot of passion and experience to the set up.

Nolan, to many Hammers fans, represents a bygone era. One of the last cult hero’s of the Upton Park era, he now enters the club in a period of complete disarray.

After leaving the club in 2015, Nolan went on to complete two brief player-manager stints at Leyton Orient and Notts County respectively. The latter was the more successful of the two, with Nolan helping County survive the drop before leaving Meadow Lane in 2018.

We are pleased to confirm the appointment of Kevin Nolan and Paul Nevin as First-Team Coaches.

LISTEN TO THE WEST HAM FANS SHOW EVERY TUESDAY FROM 8PM ON LOVE SPORT RADIO.

Paul Nevin also joins Moyes’ backroom staff, with previous experience at international level; he is quite the steal for the struggling Hammers. Nevin was appointed head of Academy Coaching Development by the Premier League In 2014. He left that role to join forces with Chris Hughton’s Brighton and secured promotion to the Premier League in 2017.

West Ham find themselves in 18th, one point adrift from Aston Villa with the daunting prospect of reigning champions Manchester City at The Etihad as their next fixture this Sunday.