'Welbeck will be massive for Watford', says ex-Hornet Tommy Smith 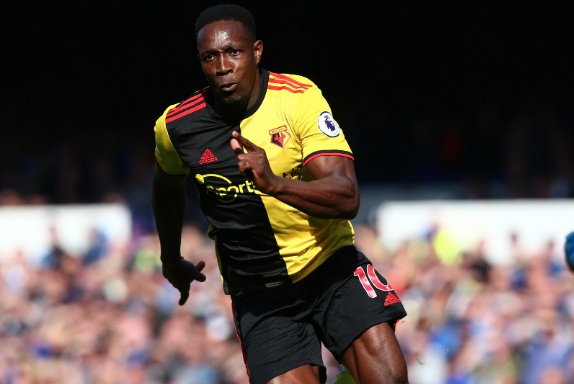 Welbeck scored against Swansea in the Carabao Cup.

Danny Welbeck will be a tremendous asset for Watford this season, according to former Hornets star Tommy Smith.

Watford have been struggling so far this season - they are rooted to the bottom of the Premier League table and sacked manager Javi Gracia four games in.

His replacement, Quique Sánchez Flores, had to suffer a humiliating 8-0 drubbing at the hands of the mighty Manchester City over the weekend.

But Tommy Smith, who played for Watford 149 times between 1997 and 2003, scoring goals, thinks Welbeck's return will be massive for the Hornets.

He told Love Sport Radio: "You know with Danny he’s got tremendous ability, it’s just with keeping him fit.

"If they can do that you know the quality he’s got.

"It’s really important for them, I think everyone was hoping his comeback game would be the Arsenal match.

"I think that was an expectation in the stadium but he failed a late fitness test and that must have been really frustrating for him personally.

"I'm absolutely delighted for him to start and then get the goal so that was great for him and Watford are struggling for goals this season so it’ll be nice to get him back fully, get some minutes under his belt and be an additional firepower for the team."

Watford take on Wolves this Saturday and they will be hoping to build on their league cup success.

Tune in to Love Sport Radio for the latest news and opinion.