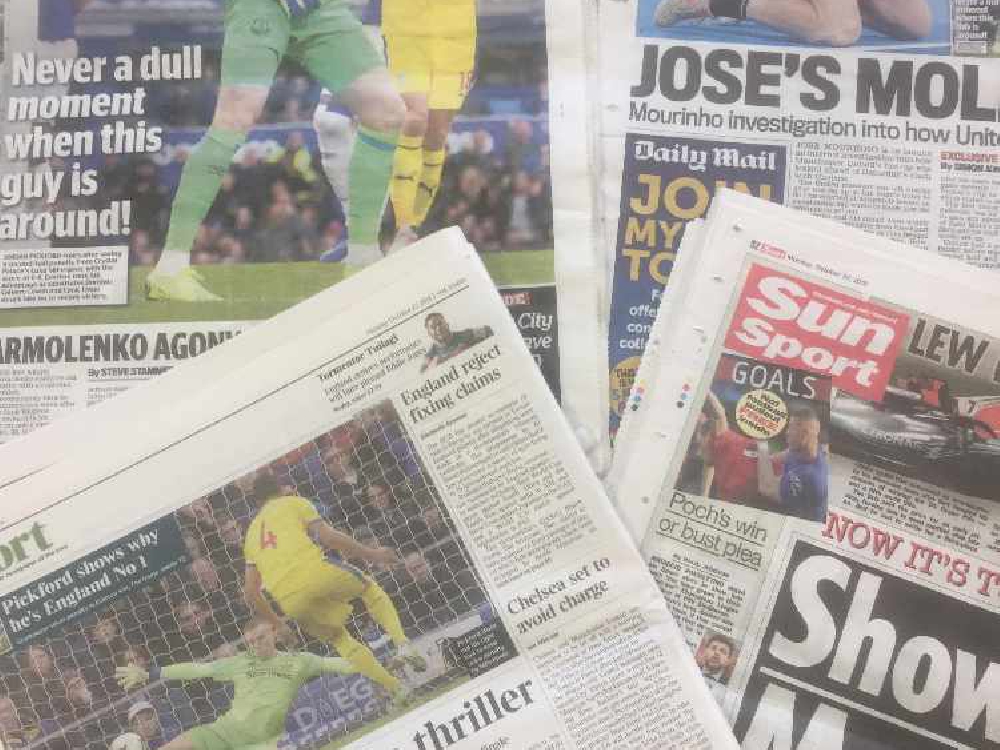 Transfer gossip is back to bring you all the Premier League rumours from Monday's papers, cataloging and analysing the biggest stories so that you don’t have to.

Borussia Dortmund are hoping to capitalise on the success of Jadon Sancho by luring a number of other English youngsters to Germany, according to the Mirror.

Sancho was offered £30,000 a week to stay at City last year, a record deal for an academy player, but turned it down over concerns he would not play enough first-team football.

It proved a shrewd decision as the teenager made his England debut last week after showing good form in the Bundesliga this season.

And the Mirror now claim his German paymasters are scouting his former team-mate Phil Foden at City, Chelsea’s Callum Hudson-Odoi and Liverpool striker Bobby Duncan in the hope that they will follow in Sancho’s footsteps.

Love Sport verdict: It is remarkable to think that one player could have such an effect on the mindset of young English footballers. This report is essentially suggesting that Sancho has set an example that every disgruntled, underused youngster in England should follow - and Dortmund are trying to exploit it. It worked with Sancho, so why not? Onwards Borussia Englander!

Italian outlet Calciomercato claim Adrien Rabiot is set to shun offers from Liverpool and Juventus and instead put pen to paper on a new deal with Paris Saint-Germain.

The 23-year-old midfielder has admirers in all of Europe’s top leagues and has fallen out with several managers in Paris.

But the Frenchman is now a more regular member of the starting XI and appears happy with his lot at PSG.

Love Sport verdict: Can Jurgen Klopp ever have enough depth in central midfield? At this point, probably. Rabiot may well fit the system and be mobile enough to make it work, but Liverpool have a lot of options in midfield. That said, age could catch up with James Milner at any point and Jordan Henderson still has his doubters. Liverpool are constantly looking to improve.

Adam Reach is a January target for promoted side Wolves, the Sun claim.

Reach has already scored four goals in the Championship and with three in his last four appearances.

The 25-year-old came through at Middlesbrough but joined Wednesday in 2016 for around £5million.

Love Sport verdict: Nuno Espirito Santo is supposed to be happy with the state of his squad but after a 2-0 home defeat to Watford at the weekend, you can never be complacent in the Premier League. Reach's eye for goal though is relatively new-found; he has never previously bagged more than four in a league campaign.