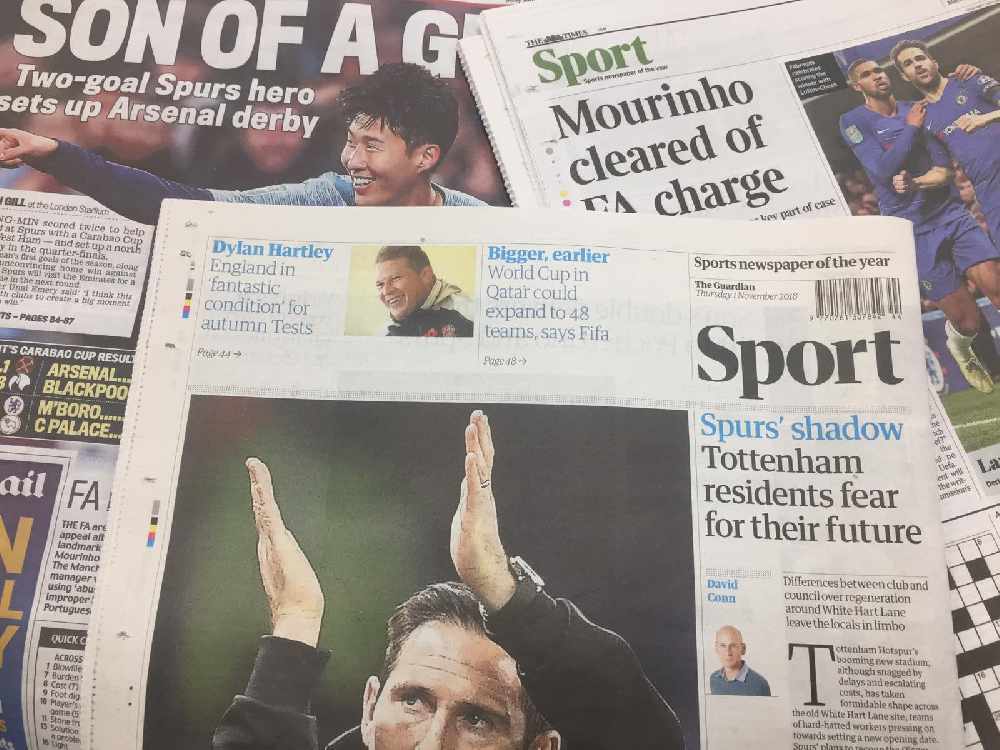 Transfer gossip is back to bring you all the Premier League rumours from Thursday's papers, analysing the biggest stories so that you don’t have to.

Malcom has held asked to hold talks with Barcelona manager Ernesto Valverde  after making just two appearances in La Liga so far this season, according to Spanish outlet Mundo Deportivo.

The striker, 21, joined Barca over the summer in a deal worth around £35million, reportedly snubbing both Arsenal and Tottenham to join the Spanish giants from Bordeaux.

However, he has yet to start a competitive game for Barcelona and Mundo Deportivo claim he has requested a meeting to discuss exactly why he has not been including in the starting XI.

And the Mirror reckon both north London clubs are likely to return to the market for the Brazil U23 international if his spell at Barca proves short-lived and he becomes available in January.

Love Sport verdict: It's remarkable how the Brazilian flag on a player's profile can pique the interest of fans of any club. Certainly, Tottenham's need for a striker to provide back-up to Harry Kane has not faded but could the unhappy 21-year-old be convinced that he would get any more first-team football at Spurs than he does at Barcelona? Perhaps not.

⚽️ TOP FOUR IS MORE IMPORTANT THAN WINNING THE CUP

Ricky @RickSpur and Jason @THFCsince76 from @LastWordOnSpurs had different opinions on the importance of winning a competition like the Carabao cup.

Does the new stadium effect the hunt for silverware #Spurs fans? #THFC pic.twitter.com/caTHJ0UGPd

Reports last month claimed that Sterling and the club had reached 'an impasse' with the England international asking for a minimum basic pay rate of £220,000.

However, the MEN today claim that it is more than likely that Sterling will end up extending his current contract, which expires at the end of this season.

City correspondent Stuart Brennan claims that agent Aidy Ward 'knows all the tricks' but that the offer the club table 'is unlikely to be matched elsewhere'.

Love Sport verdict: This column's feelings on Aidy Ward echo those of Stuart Brennan; anyone who followed Jerome Sinclair's career will know exactly the way in which he works with his players and Sterling's move from Liverpool to City was also one of his. Sterling would be a fool to leave the club that has propelled him to his current level and a coach who can surely only improve him.

Juventus to move for Mata

Juan Mata's contract is up in the summer and he will be allowed to speak to overseas clubs when January comes around, a status that the Standard claim has alerted Juventus to his availability.

The Spaniard was recently linked with a shock reunion with his old Valencia boss Unai Emery at Arsenal but United are said to be keen to convince him to stay because of his popularity in the dressing room.

A lucrative switch to the US or China has also been mooted but sources close to the player say the 30-year-old still considers himself too young to head away from Europe's top leagues.

Juventus have yet to make a move but are interested in opening negotiations in January.

Love Sport verdict: This would be another shrewd piece of business on the part of Juve, who were recently praised by Jose Mourinho for their ability in the transfer market. Mata still has a lot to offer, especially in the slower tempo of Serie A, and will not be a regular starter if he stays at United.