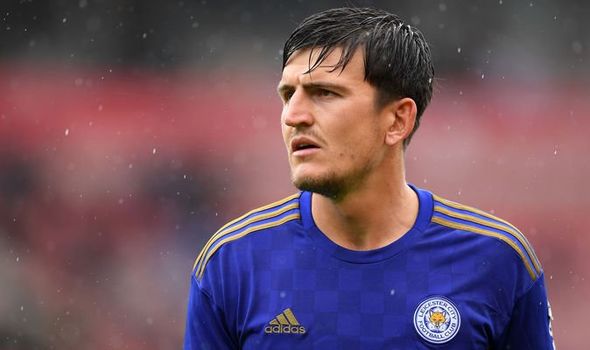 Where will the Red Devils finish?

One of the biggest transfer sagas of the summer has finally drawn to a close, and Manchester United have got their man. Subject to a medical and clearance from the FA, Harry Maguire is set to join the Red Devils from Leicester on a permanent transfer.

The reported £80m fee would make the England international the most expensive defender in the history of football, and some fans are concerned by the size of the figure.

"He’s the type of guy you’d love to have in front of you. I’ve met him, and I didn’t realise how tall he was - he’s a proper unit! He’s got that physical strength, the physical presence, and moving to Man United he will only get better.”

Speaking to Iwan Thomas and Johnny Burrow on Posh Boys on Drive, Seaman even tipped Maguire to have the kind of impact on Manchester United that Virgil Van Dijk had when he signed for Liverpool from £75m from Southampton.

"When you look at Man United now, you look at the spine of the team, the goalkeeper on a new contract, a great centre half now, Pogba in midfield when he starts producing, and then you’ve got Rashford up front, the spine of Man United’s team is looking really good".

It’s an exciting time for Manchester United fans, with many particularly pleased to see the club investing in a British spine. They have already brought Daniel James in from Swansea and signed Aaron Wan Bissaka from Crystal Palace - could this finally be a return to the days of old for the Red Devils?