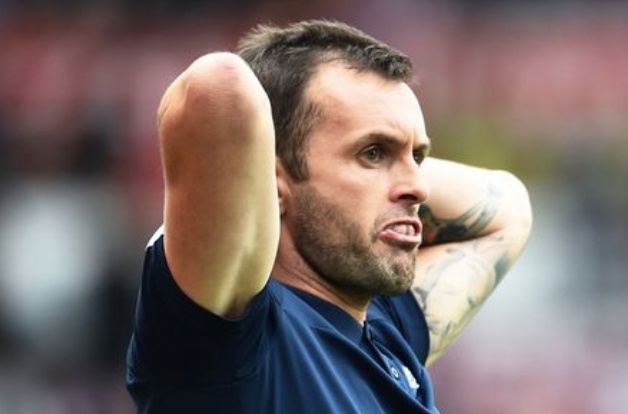 Jones looks set for the sack.

Stoke Manager Nathan Jones looks likely to be given the sack any moment now after a dismal run of results has left the former Premier League side sitting rock bottom of the Championship with just two points in the bag.

Last night Stoke lost 1-0 at home to Huddersfield and Jones gave an interview after the game in which he appeared to acknowledge that his days as Stoke boss were numbered.

He admitted that it 'hadn't worked out', he apologised to everyone and said he's 'gambled with people's lives' by making the switch from Luton last season.

Sam Parkin, who has played for Luton, Walsall, Ipswich, Millwall, and a host of other clubs, was on Love Sport Radio today saying he feels sorry for Jones.

He told Love Sport Radio: "You’ve got to feel sorry for him haven’t you.

"It’s been difficult to critique them in the last few weeks because he tried absolutely everything.

"When you lose two home games in close proximity you knew the writing is on the wall.

"He had to get a return of points from these games, he lost both of them.

"One against struggling Huddersfield last night.

"To be very honest the w writing is on the wall what can he say after the game?

"He has given it everything You don’t become a bad manager overnight. He’s been incredibly unlucky.

"He’s had a lot of bad luck, there’s been a period of about a month ago when I thought they’d found a formula.

"There was a game against Charlton where they lost but played very well and I thought that was the time to stick to his guns and to pick the same team for a few weeks.

"He didn’t do that. And it’s cost him his job ultimately."