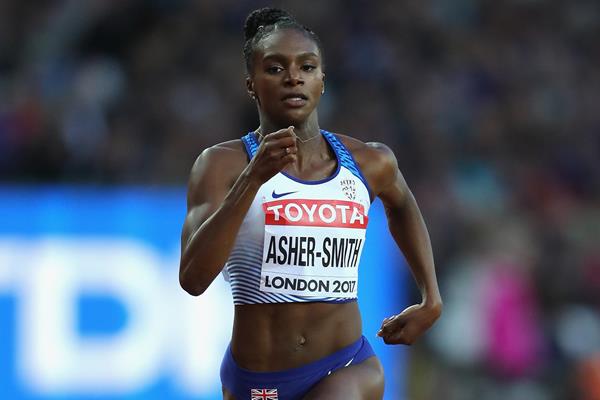 Can British athletics' favourite daughter go all the way?

Dina Asher-Smith is already one of the biggest stars of British athletics. The sprinter broke her own British Championship record in the women's 100m with a run of 10.96 seconds, and is being tipped to continue her success on the biggest stage of all next summer.

Speaking to Love Sport Radio, Posh Boys on Drive host Iwan Thomas MBE said he has every confidence in her ability to win gold at the 2020 Olympics in Tokyo.

"Dina absolutely blew the opposition away at the British Championships. I don't want to be disrespectful to the other British sprinters out there, but that's the difference between her and the best. She's completely world class".

And Iwan pointed out that being a likeable person will carry any athlete forward.

"She's a star already. She's one of those girl next door, squeaky clean, and honestly a lovely girl".

"She trains hard, she performs well, and people really like her".

"She is a world beater, and she can do it in Tokyo".

And Thomas pointed out that should Asher Smith win big in Tokyo, it would complete an amazing journey started all those years ago at London 2012 - when the star sprinter was still just a teenager!

"For those who don't know, back in 2012 she was a kit carrying girl. She was one of those little girls looking around the Olympic stadium going 'wow, one day I could be here'. And within four years, she was the British record holder, the fastest sprinter we've ever had. Amazing".