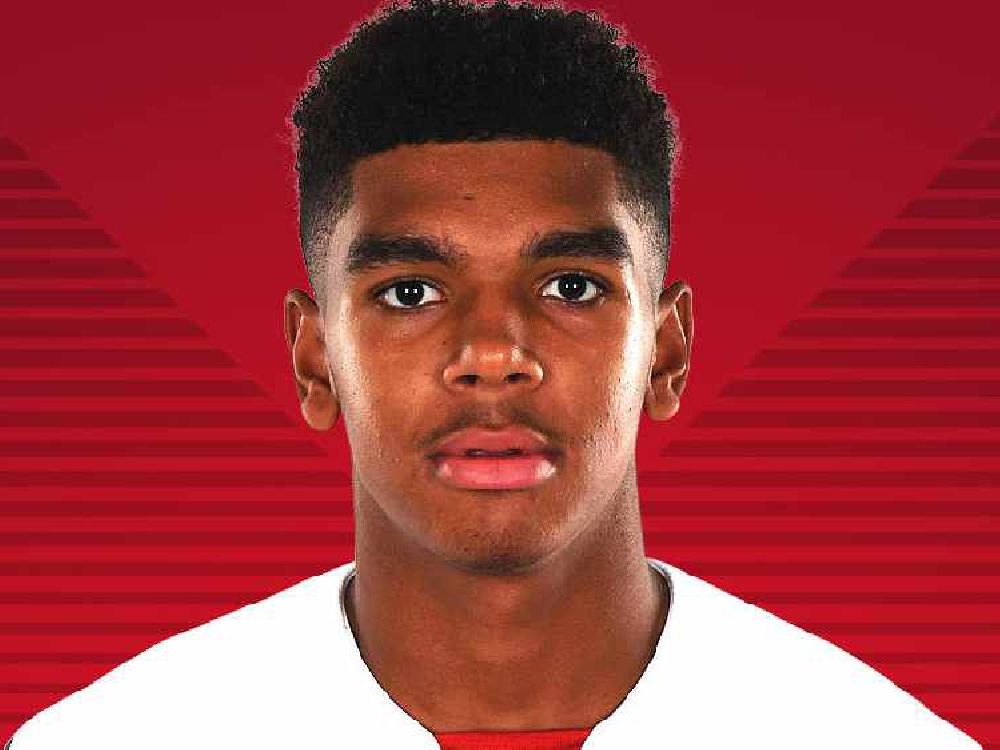 Love Sport's Mike Stavrou headed down to Meadow Park on Friday to see if the Gunners can bag any freebies worth giving a shot next season.

Arsenal will likely be on a student budget in the summer but Janet Jackson’s famous words - ‘the best things in life are free’ - may ring true if they choose to dip into their academy.

Highly-lauded prospects Tyreece John-Jules and Xavier Amaechi, both 18 years old, got a taste of the high-life in Arsenal’s 3-2 friendly win over Al Nasr in Dubai in midweek. Just three days on, they swapped taking selfies with endangered animals and all-inclusive hotels for the humble surroundings of south Hertfordshire and Borehamwood.

John-Jules may be the nephew of Red Dwarf star Danny John-Jules but he is certainly no dwarf himself; he is a big powerful presence and any defenders that try to go near him seem to bounce off. His goal just before half-time summed up his game perfectly as the youngster hustled and harried West Ham striker Sean Adarkwa into his own box, stole the ball back and smashed it in at the Hammers keeper’s near post.

Unfortunately for the youngster, Arsenal have just signed 17-year-old Brazilian striker Gabriel Martinelli, who will be a direct rival for a place in the first-team squad.

The idiom 'hair-raising' might have been coined specifically for Xavier Amaechi, were he not so young that it was invented long before he was born. Every time he got the ball, he had one thing in mind: to take on and isolate his opposite number. He's agile, he has electric pace, quick feet and a touch like he had velcro on his boots. But unlike so many other promising wingers, he also had an end product.

There’s a good chance that Amaechi will break into the first team next season, whether that be in the League Cup or Europa League. counterintuitively, it’s probably better for him if Arsenal do not qualify for the Champions League, as it all but disqualifies him from European football on the grounds that he is just too green. However, Arsenal have been crying out for a winger and Amaechi has the potential be the man to fill the vacancy. 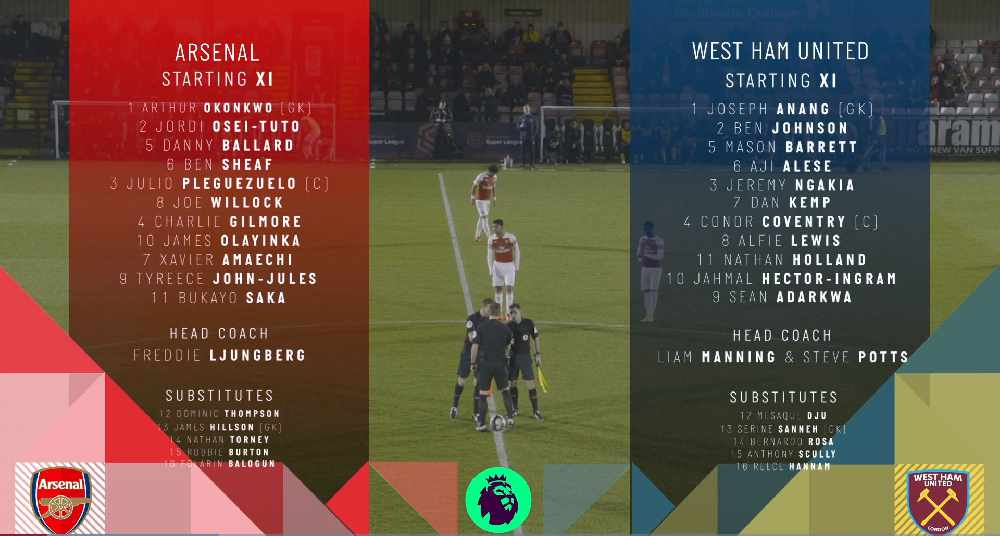 Willock is one of the most experienced players in the academy in terms of first-team action. He has 15 appearances for the Gunners over the last two seasons, including three Premier League outings.

That experience certainly shows because he looks a cut above the rest in terms of composure and elegance. Playing as one of a midfield three, Willock oozed class, ghosting past West Ham defenders and creating chances left, right and centre.

At one point in the game, Arthur Okonkwo (17) dribbled deep into his own half with the ball before picking out a pinpoint pass into John-Jules. The nonchalance was obscene.

Right-back Jordi Osei-Tutu (20) is a marauding full-back who can slot into many systems. He is a bit tentative on the ball, but knock it forward and run and no-one is catching him. He may come in handy with the serious knee injury to Hector Bellerin, and just Stefan Lichtsteiner and Carl Jenkinson as alternatives.

Bukayo Saka (17) is one of the most exciting prospects in the Arsenal academy and made his Premier League debut in the 4–1 win against Fulham in January. He has also impressed in the Europa League, and has earned high praise for his performances at England U-19 level with three goals in six appearances.

Not so honourable mentions

Unfortunately, an absence of defensive nous trickles down from the first-team to the academy. Arsenal's defence often played a high-line, getting caught with West Ham’s attackers running in behind. Danny Ballard and Ben Sheaf were competent on the ball and tough in the tackle, but still raw.

This certainly isn’t an excuse for Arsenal’s apathetic owner Stan Kroenke to say ‘you know what, I don’t need to invest after looking at the academy’. They should be used in tandem with new signings and bedded into the team slowly, rather than building up the hype, adding excess pressure. They are talents and not the end product, but the future is looking brighter for Arsenal.