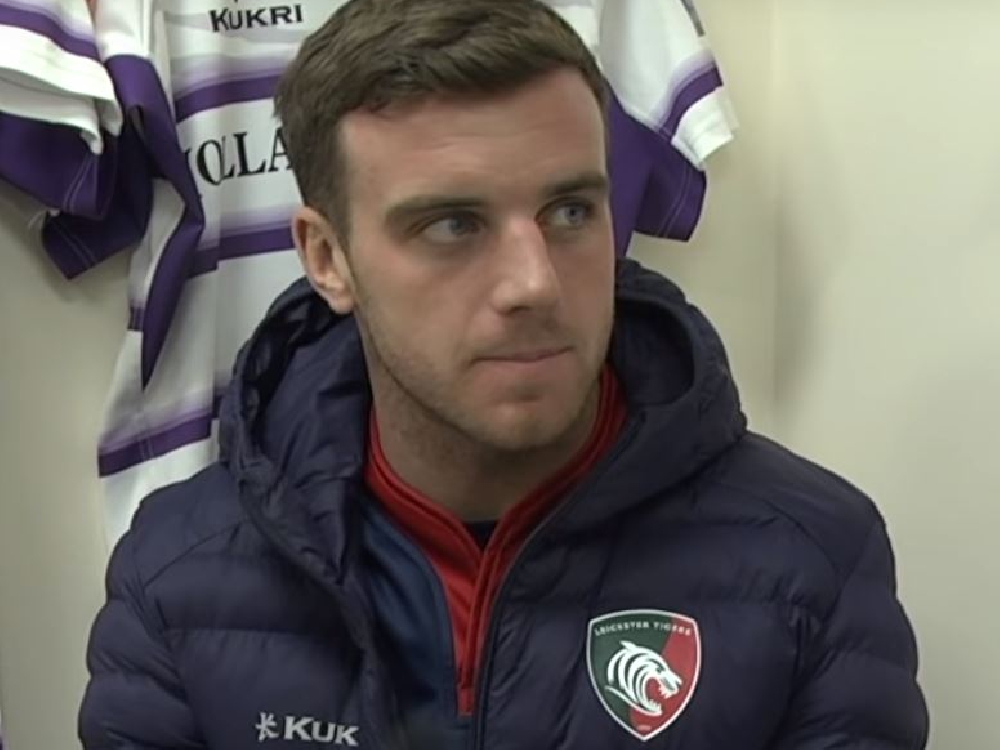 George Ford insists Leicester Tigers' season is far from over and they’ll show exactly how much they have to play for against Northampton Saints on Friday night.

Ford, fresh from scoring the try that averted the greatest-ever international comeback last weekend as England drew with Scotland, is back with his club and could be one of a host of stars Geordan Murphy pitches straight into the heat of East Midlands derby battle.

With Ford, Manu Tuilagi, Jonny May, Ellis Genge and Dan Cole all starting Welford Road, the fly-half hopes Friday will show what is still to come from the Tigers this term.

“It’s a game I’m massively excited about. Any Leicester-Northampton game I’ve been involved in has always been a great game,” Ford told Love Sport Radio while leading a coaching session on behalf of Land Rover at Market Harborough RFC, putting East Midlands rivalries to one side, in aid of supporting grassroots.

“The rivalry between the teams adds to that. Friday night at Welford Road is a special time to play.

“We’re up against a great team and a team in form so it will be a hell of a game. Not just me, but the lads can’t wait to get out there because we need a win.

“Tenth is not where we want to be, of course it’s not. But I think there is a lot in us still for the rest of this year.

“We’re going to get the best out of each other and the best out of the results if we just take it one game at a time. It will be a good start this Friday, it would be good to get a positive result.”

Ford’s 15-minute appearance in the Six Nations finale against the Scots was a telling one as he roared over under the posts to put the seal on a 38-38 draw.

And with Geordan Murphy already having batted away rumours linking Ford with a cross-code move to rugby league, the Oldham-born ace is poised for a strong end to the season.

Despite a legion of international stars coming back into the fold the stand-off wants his side to keep it simple in their bid for a seventh league win of the season.

“Northampton are in good form. They seem to be playing with a bit of freedom and a lot of confidence,” Ford added.

“The start of the game will be big, trying to come out of the traps with some intent and some control.

“That might influence the way the game will go in the end, but we’ve got to be as consistently good at the basics as we can.

“We’ve got some guys who can create stuff and come up with some good plays, so as long as the foundations are good, it gives us a chance.

“We’ve got Manu, Ellis, Jonny, Coley, one of our main jobs this week is to bring a load of energy and play well ourselves, that’s the most important thing.

“That’s the best thing we can do for the team.”