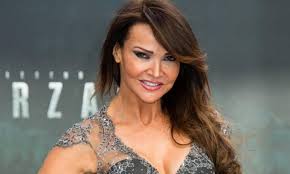 Coleen isn't the only one having stories leaked to the press

Twitter erupted after Coleen Rooney posted a statement alleging that someone on Rebekah Vardy's account had been leaking stories from her private Instagram to The Sun.

"It happened to me. A very close friend, former WAG happened to me. I didn't go down the Coleen route and do it publicly, but I deleted them from my phone, all my social media and cut them out of my life entirely. It's really sad".

Cundy wasn't pulling her punches on WAGgate - saying that leaks of this kind sometimes take place in exchange for favourable treatment from the press.

"My only thought is to get good headlines and brownie points from certain journalists. I can't think of another reason".

And, despite offering her service as WAGony aunt to help reconcile the two, Cundy seemed to side with Rooney.

"She [Coleen] would never have posted this an outed someone unless she had concrete proof".

"I know if anyone's on my account, if there's anything untoward going on, I definitely notice. I'm pretty sure you'd know. That's all I'm saying".

Above all else, the message was clear: