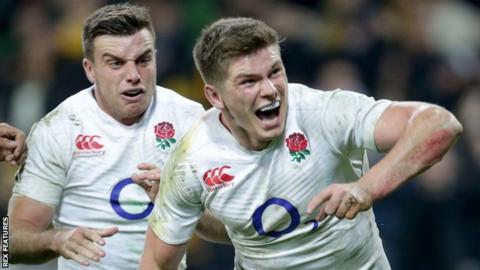 Would you play both of them together?

England have taken two wins from two in their opening fixtures of the Rugby World Cup, and they're looking to make that three from three against Argentina.

Eddie Jones has opted to play Ford and Farrell together, something which he has toyed with in the past, and many England fans are pleased with the decision.

"There's been a lot of back and forth about the Ford/Farrell combination. A lot of people assumed Farrell was going to be the starting ten, and it would just be about what Jones does with the centres".

"But when Ford is in there more doors seem to open for England. They link up so nicely. Ford opens up more width in the attack and makes us harder to defend against".

"They're so comfortable together, at either ten or twelve".

But Ford and Farrell aren't where England's strength ends, and Simpson-Daniel was quick to point out how strong Jones' men are all over the park.

"I am really happy with the strength in depth in our squad. You're going to pick up injuries somewhere on the way to the final, so that depth is going to be so important".

"If he wants, he can start Cokanasiga to add another power based option in with Tuilagi, then he can throw in his speedsters like May around that, and if he wants someone to just be a complete busy body, that's when you play Jack Nowell".

"It's a pleasant headache for the coaches to have, they just need to get the balance right in that back three".