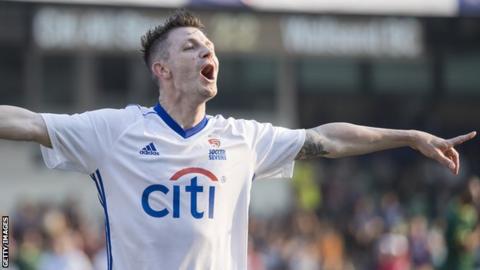 He's still going at the grand old age of 44!

Jamie Cureton has had an extraordinary career. He's still playing at the age of 44, and he's still scoring goals to boot! He's played in over 1000 games, and after bagging for Enfield against Woodford Town, he became the first player to score in each of the top NINE divisions of English football.

Speaking to Love Sport Radio, the veteran hitman explained what's kept him going all these years.

"It's mostly looking after myself and still thoroughly enjoying football - that's the key thing to it. I keep pushing myself because I still want to keep playing the game I love for as long as possible".

"I've never lost the love of the game. I've always tried to keep that joy - I've had it since the age of seven. And being a goalscorer has helped - the hunger for that thrill".

"That's been the drive, enjoying it that much. If I can still do it, then I will. I don't play for money or anything like that nowadays, just for the pure love of the game.