"Do we need a motivational speaker in there?", suggests former Leeds United midfielder 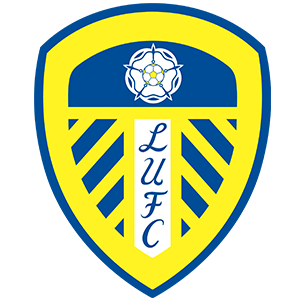 Leeds are seeing their grip on an automatic promotion spot slip away following a poor run of form.

One win in five has seen Marcelo Bielsa's men gap above Fulham completely wiped, with the Cottagers now level on points. Only Leeds' 17+ goal difference is keeping them second with Fulham's goal difference at 14+.

A 2-0 away loss to Nottinham Forest at the weekend has meant Sabri Lamouchi's Forest are just one point behind Leeds.

Another away trip awaits tonight, this time at high-flying Brentford who are just two points off second!

With it all being rather tight at the top, Leeds' stuttering form this season is reminiscent of last season where the club fell just short on promotion after a poor spell.

Speaking to Posh Boys on Love Sport Radio, ex-Leeds United midfielder Andy Couzens spoke about his former side's chances of going up to the promised land that is the Premier League.

"I think we're all thinking the same at the minute. All Leeds fans are trying to be positive, we try look at the positive side of every game that we play in. But it does seem to be that it is a recurring thing now.

"Do we need to get someone in to sit down with the players. Do we need a motivational speaker in there? Do we need someone to give some psychiatry to help them?

"Honestly I don't know what the answer is.

"We play some great football, we dominate football matches but at the minute we've got two problems: one is in front of our goal, we're not defending well enough at all and letting silly goals in.

"And also the other end of the football pitch where most importantly, if we're scoring more goals than the opposition then we'll be doing that as well and we're creating a few chances but we're just not putting them in. It's the same old problems for Leeds United unfortunately."

On what the issue for Leeds is, Couzens seemed to echo similar sentiments to ex-Bristol City and Birmingham manager Steve Cotterill, who highlighted Leeds' defensive woes last week on Love Sport.

"Every corner, every free-kick, every set-piece which comes in seems to be a great chance for the opposition because we seem to be struggling on that", said Couzens.