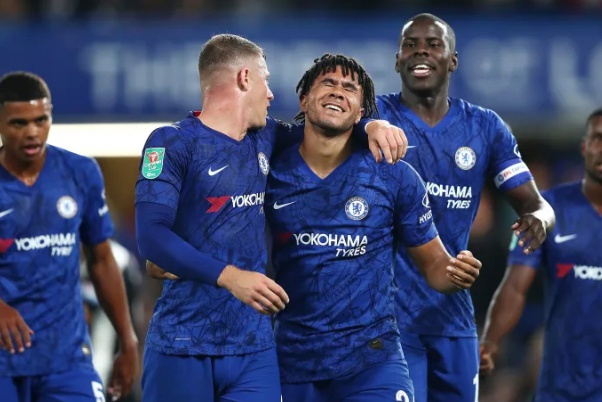 They beat Grimsby Town 7-1 in the Carabao Cup

Chelsea's youngsters will be challenging for a Premier League title in the next couple of years, according to the Grimsby goalkeeper who had to try to shut Frank Lampard's team out during their Carabao Cup tie last night.

Grimsby ended up losing 7-1, but that was by no means a disgrace given the strength of opposition the League Two side came up against.

It was a perfect performance for Chelsea, who never looked back after Ross Barkley opened the scoring after four minutes.

James McKeown, who has been between the sticks for Grimsby an amazing 347 times in his career, spoke to Love Sport Radio about just how good this Chelsea team are.

He said: "As a lower league player you want to play their better players.

"You know it probably decreases your chances but you want to test yourself and with all due respect you don’t want to play an under-23 team.

"But then obviously Reece James played, Hudson-Odoi played and they were very, very good.

🗣️ "They were completely ruthless"

Grimsby Town goalkeeper @1Jamesmckeown thinks that Chelsea's youngsters will be a force at the top of the table in a few years time.#GTFC #CFC

"They were probably two of their better players on the night.

"From their point of view they were professional, they were ruthless.

"They were very good.

"In terms of the Chelsea that I know they were a different breed if you like, obviously giving the younger players a chance.

"I imagine in a couple of years time they’ll be a force at the top of the table."