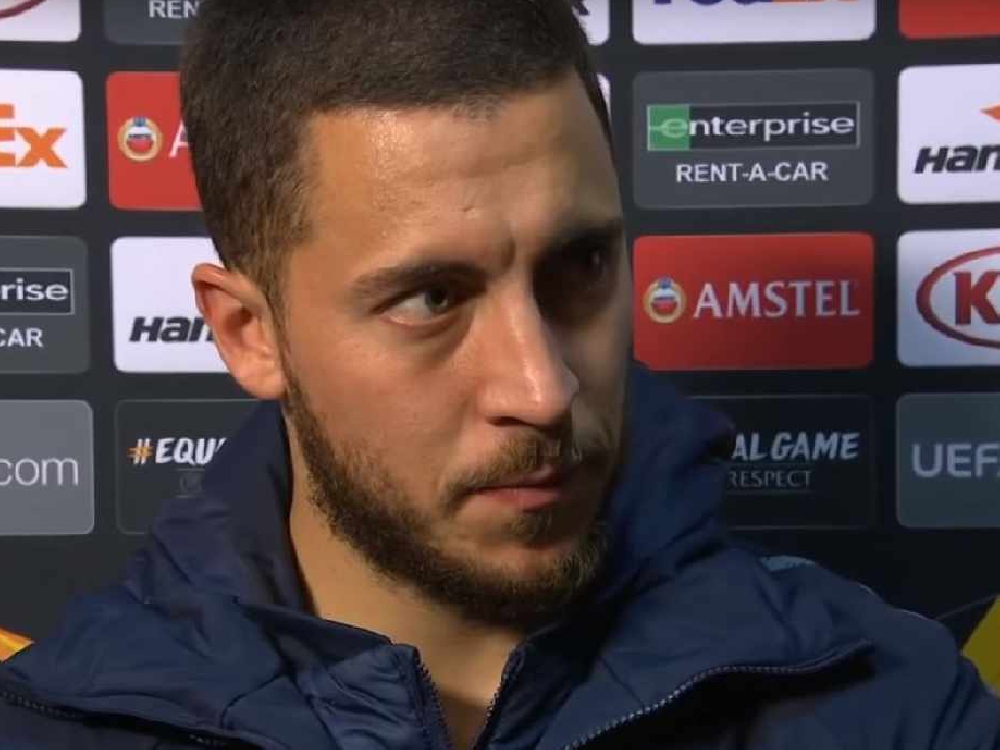 Chelsea only drew 1-1 with Eintracht Frankfurt in their second-leg clash at Stamford Bridge but still made it through to the Europa League final thanks to a penalty shootout victory.

Ruben Loftus-Cheek had given the Blues the lead in the 28th minute, latching on to an Eden Hazard pass before slotting the ball coolly past Kevin Trapp.

But Luka Jovic, the 21-year-old Serbian striker, grabbed his 10th goal of the Europa League to equalise in the second half, capitalising on David Luiz's mistake in defence.

Frankfurt were arguably the better side in the second half and extra time but could not find a way past Kepa Arrizabalaga, who then made two saves in the penalty shootout to book his side's passage to Baku later this month, where they will face Arsenal.

Love Sport host James Gray was on hand to cast his eye over the Blues' performances and went through his ratings on The James Gray Show on Friday.

Kepa - 9: Made an excellent save to deny Frankfurt a spectacular volley and then redeemed himself for Wembley histrionics with two superb saves in the shootout. A big moment in his career, just a week after admitting in an interview that he would come off if asked.

Azpilicueta - 5: Was given a very tough time by Filip Kostic and then had to fill in at centre-back when Gary Cahill was told to stay in his seat. Not a great penalty either.

Christensen - 6: Nasty injury forced him off but hardly authoritative before it.

Emerson - 6: Not a lot of final product when he did get forward.

Kovacic - 6: Does not have the technical quality of Kante, or the engine. Tried to emulate it but a pale imitation.

Jorginho - 6: Has started to look closer to the dominant Serie A player he once was but not so much tonight.

Loftus-Cheek - 8: Quiet second half. Chelsea fans seemed to disagree with his withdrawal but he did not contribute much after the break. Nice finish for the goal though.

Willian - 6: A bright first 20 minutes but was deservedly hooked just after the hour mark. Nowhere near the player he used to be.

Giroud - 6: Obviously lacked confidence and should have done better with second-half chance. Was carrying an injury, it seems.

Hazard - 8: Brilliant work to set up Loftus-Cheek's goal, creating a chance out of nowhere

Pedro - 6: Direct and full of running but limited in what he provided.

Zappacosta - 8: Very bright up the right flank where Azpilicueta had not been and produced two bits of brilliant last-gasp defending. Also looks like Waluigi, with a comedy mustache.

Barkley - 7: Happy to shoot and went close a couple of times. Can't have been helped by the boos that greeted his arrival!