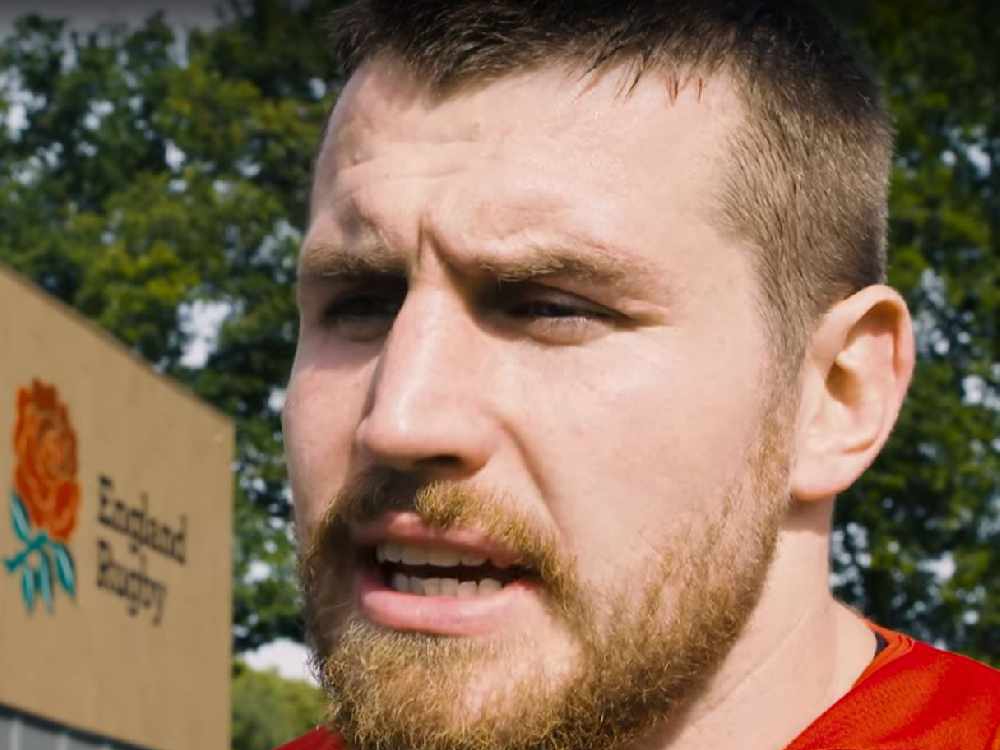 Morgan has been brought in from the international wilderness after a three year-absence; rewarded for his early season form in the Gallagher Premiership with Gloucester.

The powerful No 8, capped 31 times by England and a mainstay under previous boss Stuart Lancaster, now has a chance to earn a shock World Cup call-up in 2019 in the absence of missing trio Billy Vunipola, Nathan Hughes and Sam Simmonds.

Morgan’s inclusion in head coach Jones’ 36-man squad for the upcoming autumn internationals was a left-field call for many, while his Gloucester team-mate Danny Cipriani was omitted altogether despite impressing in England’s last match against South Africa in June and being named as Premiership player of the month for September.

29-year-old backrower, Morgan, has not played for England since the World Cup defeat to Australia in October 2015 but features in an injury-ravaged forward’s selection.

And Brown, who has featured extensively alongside Morgan at international level, has backed the Cherry and Whites’ forward to grasp the opportunity with both hands.

“It just shows that the doors never closed for anyone,” said Brown, one of Jones’ favoured lieutenants, who is also selected for the Autumn.

“I know myself from being out of the England fold for four or five years earlier in my career that if you keep working hard and putting in performances you will get noticed, and that’s what Ben (Morgan) has done.

“It’s disappointing to see injuries but one man’s disappointment is another man’s gain and good on him, I hope he comes into camp and does well.

“It shows the strength in depth we have so now I just can’t wait myself to get into camp and do all I can to get picked.”

England face South Africa on 3 November before they take on world champions New Zealand, Japan and Australia on successive weekends in what’s gearing up to be an Autumn of reckoning for Jones and his men.

With a view to next year’s World Cup, Jones has continued his trait of examining younger talent, with 20-year-old Bath wing Joe Cokanasiga and Worcester’s Ted Hill amongst eight uncapped players.

But the Australian coach has faced a mini-crisis in the forwards, with lock Joe Launchbury and prop Mako Vunipola on the sidelines, No 8 Hughes banned for six weeks and trusted back rows Chris Robshaw and Vunipola also injured.

None of these developments are welcome to a side that has slipped to six defeats in their last seven games, particularly in the breakdown-focused back row, an area where Brown feels England need to improve in November.

“We need to learn lessons from the last 12 months, which resulted in losses,” added 72-cap back-three player Brown.

“Things like discipline, the breakdown – we got schooled a lot in the breakdown in a lot of those losses – they are the biggest two things we need to improve and then obviously we’ve got a new defence coach (New Zealander John Mitchell).

“We have to hit the ground running with how he’s changed things and there’s a couple of tweaks in our attack that we’ve worked on in the short time we’ve had together so far.

“All those things we’ve got to put them on the pitch, for me though I’m just working on getting selected!”

England’s squad includes Dylan Hartley and Owen Farrell as co-captains and features another man brought in from the cold as 31-year-old Chris Ashton, who last played for England in June 2014, is named.

More good news follows in the backs where British & Irish Lion Ben Te’o, who is expected to make his return from a thigh injury for Worcester this weekend, is included alongside fellow centre Manu Tuilagi.

After winning his first 17 Tests in charge of England, Jones is under pressure after a nightmare 2018, but Brown talked up the Australian’s management style in comparison with previous head coach Stuart Lancaster.

“He’s (Jones) watching every bit of rugby that’s going on, whether we’re involved or not he’s watching rugby the whole time and we get messages the whole time,” added Brown, who was speaking on behalf of Land Rover during a grassroots training session at Kingston RFC.

“It’s good, you want to know where you stand and what you need to work on to get selected. It’s better than previously when you didn’t get spoken to for a few months and then you either get selected or you don’t.

“You don’t know where you stand, why you’re not selected or what you need to do. It’s great that he’s in touch regularly.

“We get texts from Eddie fairly regularly, but you don’t get a load of them, I didn’t hear from him last game, but I did the game before that.

“He’s not a man for saying things for the sake of it, if he’s got something to say he’ll say it and it’ll be to the point!”

Mike Brown is a Land Rover ambassador. Land Rover has a heritage in rugby and shares and understands the values of the game. @LandRoverRugby